We need volunteers to help out! Whether it's stuffing envelopes, making phone calls, or anything else, all talents and all help is appreciated, and will go a long way towards victory in November! Please consider becoming an active part of our campaign by signing up today!

You are here: Home 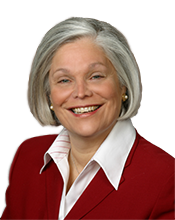 Damsker has served in Europe with the US Army Community service Program and was Cheltenham Finance Officer and Controller for 12 years as well as Montgomery County Commissioner from 2000 to 2008. In addition to her role as County Commissioner Damsker has also served in leadership roles in the American Cancer Society, Rotary International, the American Association of University Women and the United Parent Group.

Damsker is a member of the League Of Women Voters and was appointed by Governor Rendell to serve on the Pennsylvania Intra-Governmental Council on Long Term Care and the Pennsylvania Targeted Community Revitalization and Crime Prevention Committee.

Damsker will be a fresh new voice with innovative ideas. As State Senator Damsker plans to restore education funding including early childhood education for all children; introduce a fair share extraction tax on natural gas; protect state lands, forests and streams; create jobs and grow the economy of Pennsylvania by providing grants and loans for small businesses--such as those using renewable sources of energy.

A resident of Upper Gwynedd, Damsker was married to the late Dr. Jeffrey Damsker for 35 years, a Radiation Oncologist. She graduated from Temple University and has three sons, Jason, Keith and David, who are physicians and a daughter, Rebecca who is a secondary Social Studies teacher. Damsker is the proud grandmother of 6.